I apologize for the length of time between updates… it has been a crazy couple of weeks.  Last Thursday night, just as Mike was getting all geared up for a busy DIY weekend, the garage door opener ground to a halt.  Actually, more specifically, it made a horrible grinding noise, stopped, and dropped the chain.  Mike and I stared at it, then at each other, and then back at the opener.  Finally Mike said, “I will buy a new one on the way home from tennis tonight and install it tomorrow.”  Little did we know it would take 3 hours to install, with the last hour consisting of mostly cursing and flipping through the three different manuals to determine how to program the thing so that when you pushed the button, it actually opened.  Novel idea.

Once the install was complete, the programming accomplished, and we were happily pushing the button and enjoying the almost silent belt-drive on the new garage door opener, Mike said, “You know, it was really only twelve years old, and we don’t use it that much.  It really shouldn’t have broken.”  I nodded, and thanked my lucky stars that my verbal filter was functioning well.  If the filter hadn’t been in top form, I might have blurted out a reminder that there was that one time a few years back when I drove into the garage with the bicycle on top of the roof rack, and subsequently the garage door itself had to be replaced, and really the opener was never the same after that.  But the filter worked, so I said nothing.  I guess this is where I find out whether or not he reads this blog.

So this morning, we get up bright and early, grab a bite to eat, and get ready to start the day.  I start doing the dishes, and the next thing I know, there is water pouring out from under the kitchen sink and soaking my feet!  Of course, I do the only logical thing:  turn off the sink and holler for Mike.  Fortunately, it turned out to be an easy fix.  We had a large container of 409 cleaner shift and knock a pipe connector out of place.  Mike replaced it, tightened the fitting, and we were good to go. 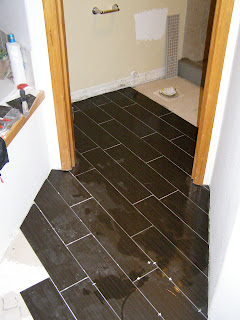 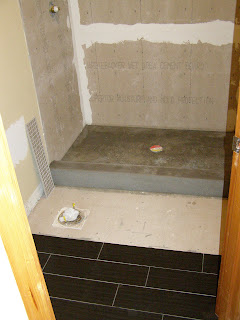 And just so nobody gets the wrong idea and thinks that I am just sitting around eating bon-bons while Mike works, I managed to get some stuff done these last couple of weeks, too.  I finished the top of the charity quilt I was working on and am now putting the backing and batting on so I can quilt it this week.  I also canned 50 lbs (28.5 qts) of peaches with my friend, Kristi, got quite a bit of cutting done on the red and white quilt I am working on, dried 5 lbs of apples, and made Steak and Ale Pie for dinner.  So there.  🙂

This entry was posted in General, Quilts.

« October Musings
“Is that a Crack?” »
View more posts from this author